The myths of Heracles' labours developed in their basic form in Greece during the Bronze Age, in pre-Homeric times. 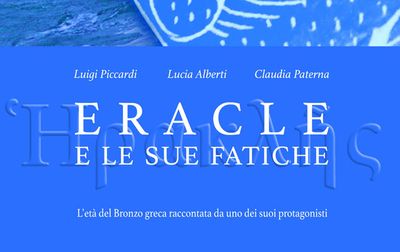 The multidisciplinary analysis - on geological, archaeological and historical bases - of the heroic mythological labours, showed a peculiar convergence of data, which allowed to propose a new interpretation. It is evident that a historical foundation supports the cycle of myths and legends related to the figure of Heracles, and these appear to be a representation of the epic of those human groups that modern archaeologists call "Mycenaeans": from their first settlement in the plain of Argo to the contacts established with other Mediterranean civilizations.

The myth of Heracles celebrates, therefore, the Mediterranean world of the Bronze Age, which saw the entry of Indo-European groups in continental Greece, the formation of Mycenaean civilization, its confrontation with the Minoan world, its cultural expansion, its decline and its transformation into classical Greek culture.